Rishon Stember, M.D. is  board certified in general Psychiatry by the American Board of Psychiatry and Neurology.  He received his Bachelor of Arts from Cornell University and his medical degree from the New York University School of Medicine.  He then served two years in the U.S. Navy as the medical officer of a destroyer division stationed in the Mediterranean.  Dr. Stember completed residency training programs in Internal Medicine and Allergy/Immunology at the New York University Medical Center.  He also completed a three year residency in Psychiatry at the New York  State Psychiatric Institute and the Columbia University/Presbyterian Hospital.  He formerly was a research psychiatrist at the Foundation for Depression and Manic Depression in New York City and on the Psychiatry medical school faculty at the Columbia University College of Physicians and Surgeons.  He has practiced general Psychiatry and Allergy for many years in Connecticut, and in 2014 retired from the practice of Allergy while continuing his private practice in Psychiatry.  Dr. Stember is a member of the American Psychiatric Association, the Connecticut Psychiatric Society, and a fellow of the American College of Physicians. 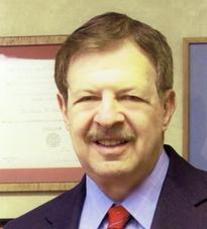